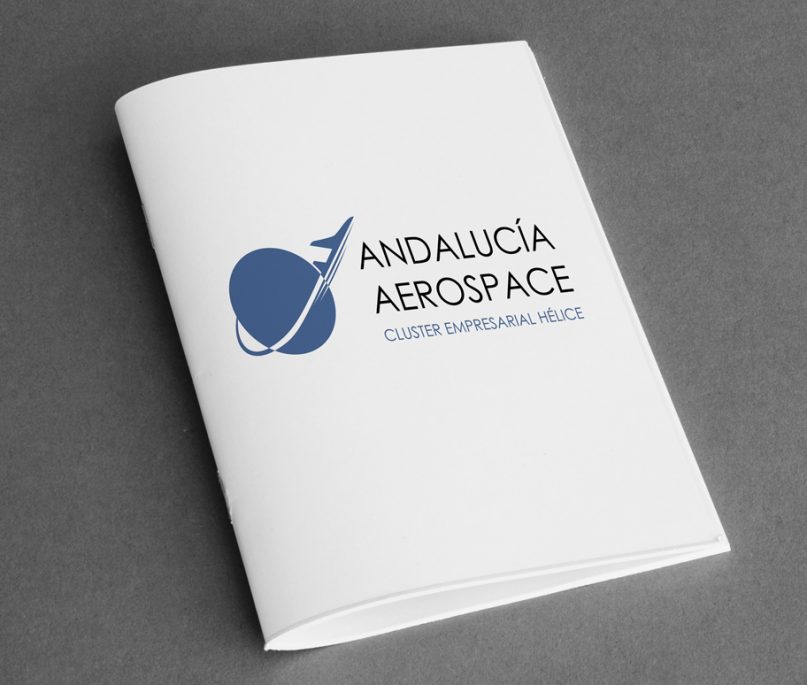 The Andalusia Aerospace Hélice Business Cluster has taken a new step in its work plan and has just released its corporate image in order to graphically consolidate its identity: a business network devoted to the development and growth of the aerospace industry in Andalusia.

It is a logo that represents the boost and global character of the aerospace industry in Andalusia, through the acronym of ANDALUCIA AEROSPACE, an image of a globe, which emulates the global vocation of the Andalusian aeronautical industry, and an aircraft that flies it upwards, as a way to contextualize the purpose of the cluster. It also has a trail that represents the progress and growth of the sector in the region. Finally, under the brand ANDALUCÍA AEROSPACE, the name Hélice Business Cluster is included, which serves to explain the identity of the association.

It is essentially a graphical abstraction which brings together all areas of industry in which the companies of the cluster are operating, and it wants to transmit a consolidated and prestigious image.

Blue and black are the corporate colours chosen while corporate typography is the Century Gothic family, in its normal, bold and italic versions. The Andalusia Aerospace brand can be used in two versions: normal and a reduced version (logo with symbol but without letters), always depending on the context where it is located and the limitations of the environment. It is a unique version in terms of language, as it has been developed in order to convey the Spanish origin of the association.