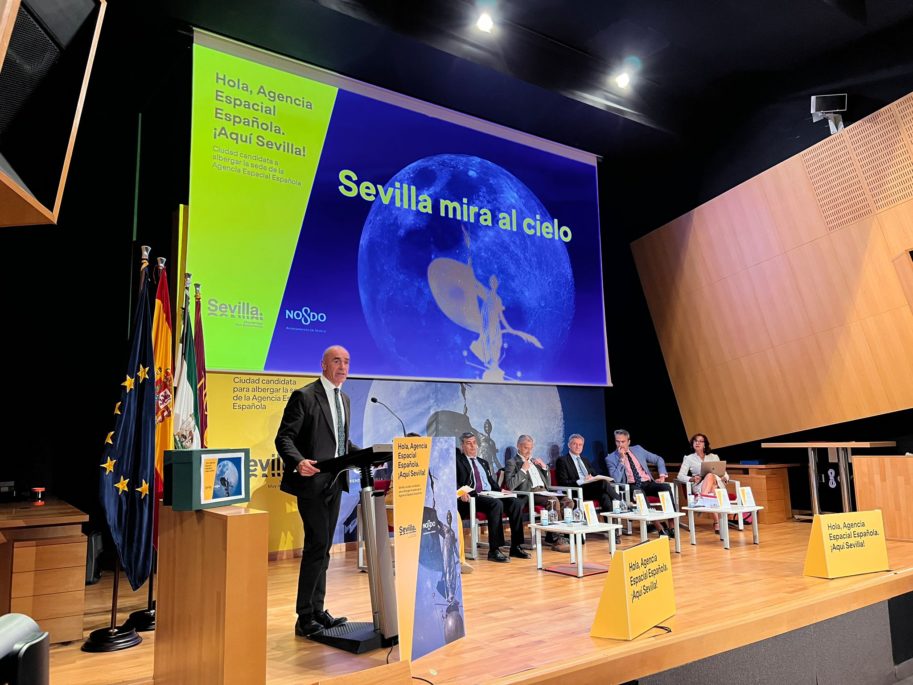 The mayor of Seville, Antonio Muñoz, presented this Thursday at CREA, together with members of the Steering Committee, including Andalucía Aerospace, the city’s candidacy to be the headquarters of the Spanish Space Agency.

The city, together with its metropolitan area, has a series of strengths and advantages associated with its aeronautical industrial tradition, but also with the commitment that has been made in recent decades to the aeronautical sector and also to the space sector, both from the public as well as the private sphere. The result is an ecosystem where infrastructures and spaces for innovation, knowledge and talent, the business fabric and people can play a determining role in making the location of the Space Agency in the capital a success.

The candidacy is based on the strength of the Sevillian Aerospace Industry and the strength of its innovation ecosystem. Thus, in the business field, of the 152 entities linked to the space sector in Andalusia, 64 are based in Seville. If we break down by specific types, Seville concentrates 72% of the companies, 26% of the research groups and 42% of the public bodies associated with space. Meanwhile, the entire aeronautical and space industry in the community, led by the Andalusia Aerospace cluster, has a global turnover in Andalusia of more than 2,400 million euros and employs more than 14,500 people.

This candidacy is also based on the commitment to talent and knowledge. Seville is home to the largest scientific community in Andalusia, with the Cartuja Science and Technology Park, three public universities, one private university, and five private university centres, while the largest integrated Vocational Training center is under construction in the metropolitan area of Aeronautics of Spain. There are 20 research groups that develop lines directly related to the space industry and that work in universities, the CATEC, the Institute of Microelectronics, the National Center for Accelerators, the JRC or the SST-Morón radar, and all of them are part of The candidacy.

Finally, the application provides all the reports that are required regarding the rental real estate market and specifically on the economic, social and industrial impact of the Space Agency. This last report has been carried out by the UNIA (International University of Andalusia), the Andalucía Aerospace cluster and the Andalusian Technological Corporation (CTA).

The impact that the creation of this agency will have on the industry throughout the country has been calculated based on three projective analysis exercises that have given different results. In the short term (year 2023) the implementation of the Agency in Seville will have an impact of 360 million euros (direct, indirect and induced) and 5,860 jobs nationwide; this will be the budget and the contracts that will depend directly or indirectly on the new institution, according to the report provided by the UNIA, with Seville being the epicenter. In the medium term (2032), the impact report predicts that in Andalusia in 10 years the turnover of the specific space industry will multiply by six, going from 50 million euros to almost 300 million, and that employment will quadruple, going from the current 400 jobs to almost 1,600, and again Seville in the center. And, finally, with a more qualitative approach, the boost it will give to the ecosystems of entrepreneurship, innovation and research in the space sector has been analysed. In this aspect, it is considered that the Space Agency will contribute to the generation of an ecosystem of startups and to promote the establishment in Seville of companies in the space sector.