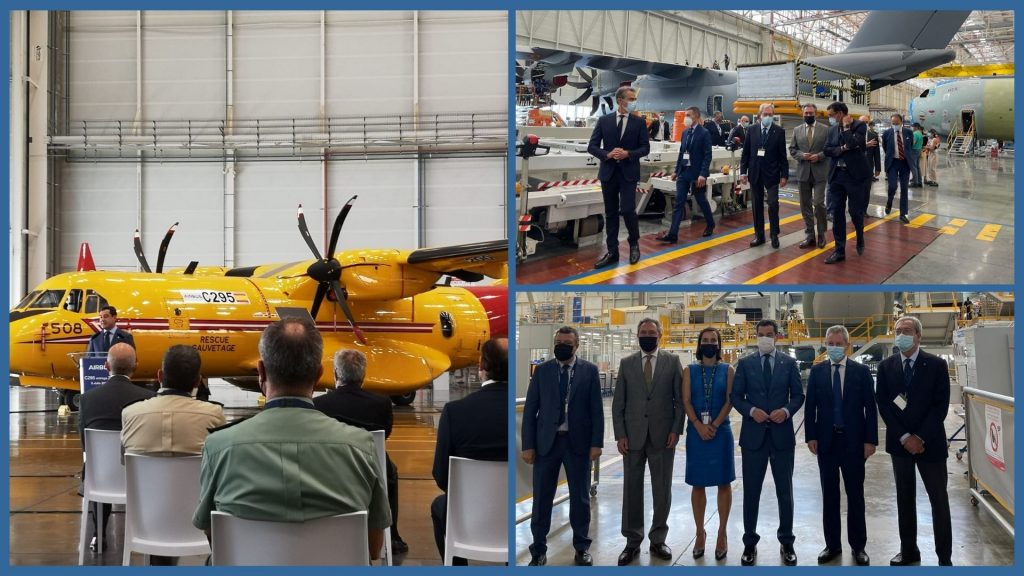 From ANDALUCÍA AEROSPACE we have attended the delivery ceremony of unit 200 of the Airbus C-295 aircraft, a multipurpose aircraft used in humanitarian missions, rapid intervention force deployment operations, maritime surveillance and security.

The president of the Junta de Andalucía, Juanma Moreno, and the president of Airbus Spain, Alberto Gutiérrez, presided over the delivery of the 200th Airbus C295 aircraft to the Canadian Air Force this Friday in Seville, a ceremony that constituted the first act holiday of the aerospace industry during the pandemic.

The mayors of Seville and La Rinconada, Juan Espadas and Javier Fernández, the Minister of Economic Transformation, Industry, Knowledge and Universities, Rogelio Velasco, among other civil and military authorities, also attended the ceremony, which was held in the delivery hangar for the Final Assembly Line of Airbus San Pablo military aircraft, next to the Seville airport. A representation of Airbus workers has had a special role in handing over the keys to the plane to the representative of the Canadian Government.

The C295 is a 100% Spanish military transport aircraft, which is built and assembled at Airbus Sevilla. It has been operating since 1997 and is a world leader in its category. The final assembly line for the C295 is located at the Airbus plant in San Pablo Sur in Seville, alongside that of its ‘big brother’, the A400M.